Since sometime in 2005 my home internet needs have been taken care of by the old fashioned copper wire based network we all know as ADSL (which is an abbreviation of asynchronous digital subscriber line). At first I used to only get about 4Mbps download speeds and upload speeds were something of a joke at around 256Kbps. After I moved up the hill in our neighborhood I managed to get upgraded to a 6Mbps line and then later a 10Mbps line with a 1Mbps upload speed (that’s where the asynchronous part of ADSL comes from).

I’ve lived with that 10Mbps line for probably about 8 years or so and it’s been fairly stable, but the one thing that was always a problem was upload speeds. In my business I am often delivering large numbers of digital files, such as high res photos or these days even videos. On that 10/1 Mbps ADSL line uploading anything was like trying to suck honey through a straw on a very cold day. In Siberia. I would have to set my big uploads to commence just before I went to bed at night because trying to do anything else online while those were happening was next to impossible. On average a 1Gb video uploading to YouTube would take about 5-6 hours to be uploaded, so I had to set my computer to not go to sleep just to make sure that the files got to where they needed to be. All in all it was a right pain and something had to change if I wanted to remain capable in the digital services market.

One of the websites I visit regularly (mybroadband.co.za) are always writing articles about how great fibre internet is, but unfortunately you have to live one of the elite suburbs of SA in order to get it. Here where I live in Mink & Manure-ville getting fibre based internet seems to be about as likely as waking up and having your favourite celebrity serve you breakfast in bed. So it was with much interest that in October last year I read on myBB an article about a new way of connecting to the internet called “fixed wireless” via LTE-A (the A is for “advanced LTE speeds). According to the article you could get download speeds of up to 100Mbps and upload speeds of about 50Mbps, network conditions permitting. 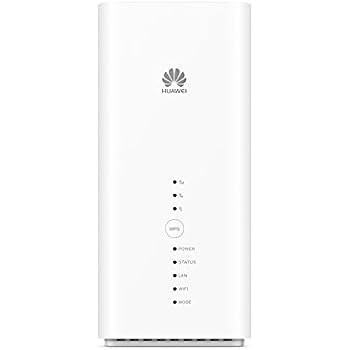 The company offering this new service was the somewhat dubious Afrihost who I unceremoniously moved my hosting business away from last year after a complete support failure on their part. However, when it came to this service they were actually just acting as intermediary resellers for a cellular data network called Rain (previously known as iBurst). They had an opening special where they were offering a free Huawei B618 modem (worth a few grand) and double monthly data up until November 2018. The packages started at R299 a month for a 25+25GB bundle. That was about the same as I was paying for my rubbish Telkom Integrated Data Sim which only gave me 40GB of data and where the speeds only matched my 10Mbps ADSL line. There was also no contract involved with this deal so if I didn’t get the right service I was under no obligation to Afrihost, not even for the modem. I pulled the trigger.

The modem and sim card arrived a couple of days later and to my surprise I was seeing download speeds of well over 50Mbps and upload speeds of about 30Mbps, which is 30x faster than I was getting with my ADSL line.

After a few weeks of testing the Rain network I made the decision to upgrade my fixed wireless package to the 220+220GB offer, which was going to cost me about R1300 a month, some R200 more than I was paying for my ADSL and related data packages from both Telkom and Afrihost. I cancelled my ADSL account and have been running exclusively with the Rain network ever since the beginning of December 2017.

Well, to be honest there have been some times when the network has slowed down significantly and trying to watch Netflix in prime time viewing hours (7-9pm) has seen me want to throw my remote at the TV, but on the whole it’s actually been great. My download speeds do fluctuate quite a bit, but they’re almost always well over 10Mbps, averaging at about the 25Mbps mark. Once I even registered 75Mbps on fast.com which is pretty cool. Upload speeds are never an issue. They average out at about 15-30Mbps even when my downloading speed is not at its best. The first time I uploaded a video to YouTube it was uploaded faster than I had time to enter all the metadata and create a custom thumbnail! In reporting those speeds though I have read a lot of negative reports on myBB from users of the service in other parts of the country, like Cape Town and Johannesburg where the network takes a huge hit in the evenings, often making it completely unworkable.

The main problem with the fixed wireless network option for most people however is that Rain don’t have coverage in large chunks of South Africa, so while you can in theory unplug your modem and take it with you wherever you go (and there’s no need for any installation of cables or re-application for service a la ADSL via our “friends” at Telkom), you are not going to be able to connect outside the lines on this service. If there’s no coverage you’re going to have to get online some other way.

Fortunately though a few weeks ago another fixed wireless operator came on the scene in the form of Cell C, who we all know already. They are also offering similar packages to Rain via the internet service provider known as Axxess (who are actually owned by Afrihost). I had a look at the coverage maps and its a lot more extensive than Rain’s network. Cheaper too at R899 for a 200GB package. The downside, if you can call it that, is that they are not LTE-A, just plain LTE, which means you’re probably not going to see speeds faster than 30Mbps.

How big of a deal is that? Well, unless you’re constantly streaming 4K video on Netflix I don’t think you will be disappointed at all. In fact, when you get to my age there isn’t much of a perceptible difference between SD, HD and 4K, so what I have done is downgrade my Netflix package to the lowest resolution and let me LG smart TV do some magic up-rezzing of the stream. It does a pretty decent job and I am not stressed by the fact that I can’t see all the pores of the actors who’s faces cross the screen. SD streaming uses up a fraction of the amount of data too and for me video buffering is a non-event.

Before the Rain double data special expired at Afrihost I upgraded once more to their 330+330GB package, which runs me R1599 each month. I got this because we had one guest in our Airbnb who mowed through 40GB of data in 2 days and I was concerned that I might run out of data so I thought, what the hell. Turns out that the most I have been able to use in a month, with guests in the Airbnb is about 200GB. Unfortunately if I downgrade now I lose the double data so I am looking at the Cell C offer to replace it.

The really good thing about the fixed wireless internet option though is that because I am not tied into any contract with a provider I can simply swap out the sim card in the modem and move to a different ISP at any time. As the likelihood of fibre in our neighbourhood gets slimmer and slimmer I am hoping that more fixed wireless services will come into play.